A whole section of my brain turns to mush when I see a paragraph full of numbers – or worse, the evil spreadsheet. I’ve been this way ever since those terrifying math flash cards in second grade.

Those niggling word problems in third grade were even more terrifying. “Jack is traveling west going 35 mph while Tom is traveling east going 45 mph. When will they meet, and will they collide?” I always wondered why we couldn’t just let Jack and Tom work out their own problems and stop harassing millions of third-graders with them.

According to my husband, my brain has an inordinate number of little mice running furiously ’round and ’round in tiny little mice cages generating way too much neural electricity. Oddly enough, all that neural activity comes to an abrupt full stop when I read a paragraph full of numbers.

First, panic sets in. Then the mush part of my brain says, It’s gibberish; just skip it. So I do. Of course, that means I miss some rather pertinent details – dates, dollar amounts, addresses. You know – stuff I probably need to know. Don’t care. Small price to pay for not having a large part of my brain turn to mush, I say.

This deficiency isn’t much of an irritant – until I think back on my youth. My father had the mistaken idea that since I was college-bound, I needed as much high school math as possible. I waded through Alegebra I and II, Plane Geometry, and Trigonometry. You can imagine the teeth-grinding that occurred when I discovered college English majors could wing it with a simple Basic Math course and be done with the whole numbers gig.

WHAT a waste: eight – count ’em, EIGHT – semesters of my youth spent in anxious, nervous panic for no good reason.

The only take-away I routinely use from a misspent year in Geometry I is the concept that the shortest distance between two points is a straight line. I mean, really! An idiot could work out that fact without ever spending one hour in geometry class. And the rest of my torture? I can’t say that I’ve had to deal much with isosceles triangles, or at least not that I’ve been aware of. So you see, all that angst Mr. Neece inflicted on me was pointless. Ordinary Americans like me shouldn’t even have geometry on their radar screens.

And don’t get me started on algebra and trigonometry. I have one alegebraic formula that I’ve used in sewing projects. ONE – over a fifty year span. Really? We need this brain-drain stuff?

“Is this blog just ranting,
or does it have a point?”
you may well ask.
Yes. Most Emphatically.
I have some pay-attention points.

We all have deficiencies. Sometimes we can make them less so with a lot of education (my eight semesters) and neural energy (my bazillion hours spent on math homework). Sometimes not. Sometimes, it’s just way simpler and smarter to find a reliable workaround. In other words, get over our deficiency, and get on with what we do well.

If you’re my opposite and you love numbers, then you may be stymied when it’s time to write a sensitive note of condolence. Your deficiency is using words capably: mine is numbers. We’d both rather be eaten by angry army ants than function in our deficient areas.

Guilt your spouse into writing all the condolence notes and every other bit of communication? That’s an option, but it’s kinda cheesy. How about searching for a sympathy card that sounds like something you’d actually say – and stockpiling 20? Make that 40. Sign your name. Bingo bango: a workaround that works.

What if you’re a whip-smart computer geek, but your brain is easily foiled by garden-variety household chores? Your workaround might be investing in a Household Maintenance for Dummies book. Or maybe “fix dummy-self” isn’t on your to-do list any more than “fix kitchen faucet” is on it. So what about exchanging an hour of PC-and-peripherals tune-up for kitchen faucet repair with your handy, tool-guy friend?

Here are your condensed
pay-attention tips for the day.

Of course, as you numbers people know, there are times when a non-numbers person needs to deal with numbers. So I’ll just bet you’re dying to know my workaround.

Simple. I know how to use a calculator – sort of. After all, it has numbers and squiggly math symbols all over it, and I’ve already told you how they affect me. When I’m really befuddled, though, I go to my husband who’s marginally better at math and whose brain doesn’t turn to mush when he sees a string of digits.

So, ever since I married and cheap calculators became ubiquitous (a few years later), I’ve had it made. Count ’em. That’s two workarounds, so I’m set.

How about you? What’s your foremost deficiency? Don’t berate yourself for it; find a workaround. Get on with your life, and – if you think about it – share your splendid workaround with the rest of us, who just may have the same deficiency and be in dire need of your workaround. 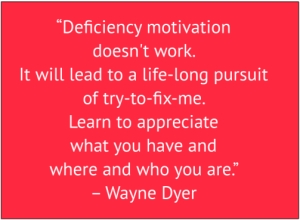