Making the Most of Your Time 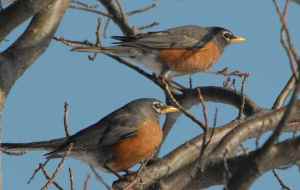 What do birds have to do with time? Read on.

I’m unapologetically partial to the idiomatic expression – killing two birds with one stone – which probably originated with the Chinese, ever famous for their spot-on and very pithy proverbs.

Multitasking, on the other hand, involves doing many actions, all simultaneously, in hopes of accomplishing at least a couple of them adequately. In my humble opinion, multitasking has been vastly overrated, as it yields shoddy work and a propensity for ADD-like behavior (in people who don’t even have ADD!).

The old idea of accomplishing several goals by doing one single thing, however, has timeless merit. In fact, it’s irretrievably intertwined with the concept of intentional living. When we’ve set our moral compass, composed a set of guidelines for living by that moral compass, and set goals for how we intend to live by those guidelines, we’ve started down the path of intentional living. (Plenty of people we know, though, will try to sabotage our efforts.)

As we go through our days, we pay attention to any and everything all the while keeping our moral compass, life guidelines, and goals clearly in view. When it’s time to act, we’re usually able to combine goals/reasons/projects into one activity thereby making the most of our time. And without much brain drain, I might add.

Let’s say it appears to me that some new friends of ours are on the periphery of our social circle; they don’t appear to feel very much a part of us. Let’s say they both happen to know a good deal about some subjects about which I’m astonishingly ignorant. Let’s say I invite these new friends, along with some older friends, for a simple home-cooked meal in our home.

See how this is stacking up? By simply inviting them to our home for a meal, I accomplish numbers 1, 2, and 3. I kill three birds with one stone.

Are you thinking, What’s the big deal? I already do this. So do most of us but speaking for just myself, I know I don’t do it enough. I keep plodding on though, paying attention to how many of my goals, projects, tasks, or assignments can be accomplished by one single action. In other words, I’m trying to be intentional about making the most of my time.

By the way, I’m well aware that this old Chinese proverb may not sit well with you bird-lovers. So, check out the one below, courtesy of a TickleBugs site contest, for a kinder, gentler idomatic expression.

Just remember, though, plenty of cultures and generations before us relied on birds for winter protein. This ancient proverb wasn’t referring to the habits of cruel and bloodthirsty juvenile delinquents. Protein from bird meat was a necessity. Check out the Scottish doocot or dovecot, a place constructed solely to lure pigeons and doves for easy pickings, come mealtime.