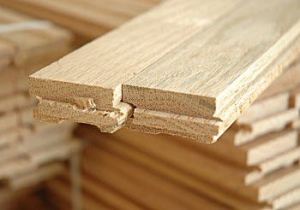 What does this have to do with natural talent??

Do you have fond memories of coming home to the delicious aroma of freshly baked cookies? I don’t. Mother wasn’t much of a baker, and my Prevention-reading father didn’t want empty calories lying about.

Cookies-and-milk, the universal kid magnets, did nothing and still do nothing for me. Instead, I wax poetic about the joys of childhood when I get a strong whiff of the heady scents of turpentine and paint thinner. If a little oil-paint undertones are laced into the blend, so much the better. So there you go: one more astounding bit of oddity.

When I stepped off the school bus in the quickly fading Indiana winter light and into our home to those scents, I was in my element. Yesss! It was Quality Control Time amidst all those turpentine, paint thinner, and oil-paint fragrances. That’s because, at the tender age of six (or possibly even earlier), I’d accidentally stumbled upon one of my God-given talents – finding the flaws in other people’s work. Because of my parents’ penchant for perennial remodeling, I had plenty of chances to hone my QC skills almost every winter of my childhood.

By late fall, the crops were safely harvested and winter wheat was quietly growing. Early winter found my father carefully repairing, maintaining, and storing equipment; he wanted it ready for a productive performance the next spring with no unpleasant surprises. With that time-consuming chore completed, the rest of his winter workload consisted mainly of keeping animals fed, birthed, and otherwise happy. That meant, poor soul, that he had “some time to spare” (not to be confused with “leisure time”).

Ever the undeniable progeny of their Puritan and Quaker forebears, my parents undertook a serious remodeling project for what seemed like every winter of my childhood, industriously taking advantage of my father’s “spare time.”

Our Victorian home was built in 1894 by Great Uncle Albert Sinclair. It was graciously allowed to remain in Clan Sinclair for some time but then, like a red-headed stepchild, it was sold with the farm and systematically abused as a rental for many years. My grandfather, ever watchful for a good deal, bought the farm and house back, restoring them to the Sinclair clan, just in time to make his unsuspecting future son-in-law a deal. They would work the farm together while my father made payments to him directly and could eventually own it.

Let me be frank. Grandpa’s deals were rarely deals for anyone but Grandpa. He had his good points; he was the epitome of Yankee ingenuity, though he was a Hoosier and not a Yankee, and he knew how to work hard. But mostly, he knew how to make money. Consequently, there were few men in central Indiana who could outfox him when it came to “deals” and, most probably, the 23-year-old young man who would become my father was simply no match.

On the other hand, my father may have known full well what he was getting but also knew it was his best option as a young man with no great wads of cash in his pockets. He once told me there were gullies large enough to hold a tractor when he bought the farm from Grandpa so when I say it had been abused, I’m not kidding. Yet he had a keen intellect, a strong back, and a stubborn willingness to work hard, so he accepted The Deal.

As it turned out, whipping the acreage into shape was the easy part: that took only ten years. The hard part involved Great Uncle Sinclair’s house. How could my father have known, though? His mother had died during The Great Depression when he was barely sixteen. He had no idea what happens when a woman decides to improve her domicile – and keep on improving it. That part took the next 48 years of his life, and he was a remarkably good sport about his home-improvement gig all 48 years!

The two of them, with Grandma’s help, had cleaned, scrubbed, and painted that house before their wedding day. But it was still an unimproved Victorian house with an outhouse in the back, a detached summer kitchen, and only cold running water. They did have hot water, stored in a tank on the side of the wood-burning cook stove. It just wasn’t running: it was pouring hot water. That first year (1945) they even used oil lamps. (Can you imagine?!)

Pay attention:
here’s where Quality Control
comes into the story.

Before I was born, they’d been very busy as unsupervised, rank amateurs. They had:

All in all, I’d give their pre-QC work an A-. But even after all this improvement, they still had a lot of work ahead of them. That was good news for me because it meant I had roughly ten or twelve years during which I could refine my QC skills, all the while developing an odd attraction to turpentine.

I well remember, during my first-grade year, the momentous conversion of a very large bedroom into a hall, study, and bathroom. A bathroom! We were right up there with city-folk, at last! I have to say they did very well that winter. I don’t remember having to call their attention to a single thing out of order.

The next year, though,
they became careless.

That was the year they remodeled their bedroom. That winter project involved laying new hardwood flooring over the 1890s, five-inch-wide floor boards whose chinking had all but disappeared and covering the original horsehair-and-plaster lath walls with pristine, crack-less drywall.

One afternoon, shortly before I was due to arrive home from school, they had cut holes in the new wood flooring where the coal furnace’s registers would be placed. Over these holes, my father had placed scrap pieces of plywood. Tsk, tsk. What was he thinking?

Whoa! What’s this? I felt a decided give in the plywood. Turning to my father with a disapproving scowl on my face, I snapped out reprovingly, “Daddy, this is NOT very sustanshul.” Keep in mind, this was well before Sesame Street and children’s educational TV programs: six-year-olds weren’t supposed to know words like substantial. This was still the See Spot Run era.

Of course, I have no memory of all this. I’m just passing on my father’s story, which he told me years later when I was well into my forties. He thought it was hysterical – a seven-year-old reprimanding her father for what she perceived to be sub-standard contracting work. I didn’t think it was all that funny.

Right about now – if you’re even halfway normal – you’re beginning to think you wouldn’t have cared too much for me in my early years. But wait: I can redeem myself. (And just so you know, I’ve learned to apply a little more tact when offering QC input.)

When you have a talent for something, you should use it, regardless of your age. If even a seven-year-old, naturally blessed with the gift of QC, can pay attention and spot a QC issue when she sees it, none of us are ever too young to use our gifts and talents.

The children in your life have natural talents that someone (that would be you) can nurture. Those a little older, say, your younger co-workers or siblings, no doubt have talents, too, which could use some nurturing. Even our peers sometimes need a little prodding and encouragement to use their natural gifts. So whether the talents in question are possessed by the odd or the not-so-odd, the young or the not-so-young, can we all agree to pay attention and nurture straight-from-the-birth-canal talents?

Of course, nurturing inborn talents is seldom as straightforward as we would like. Even such a helpful, natural gift as my quality control can run amok, as you’ll see in Odd #14.

But the judicious using of it is the tricky bit.