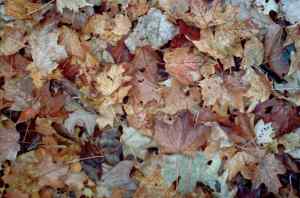 It was a most spring-like Saturday – time for major tidying up in the yard. Our 150-year-old cottonwood and 60-year-old maples had a nasty habit of dumping a ton of leaves all winter long. Hubby donned his work gear, grabbed a rake, and set out to do battle with mounds of unwelcome leaves.

He wasn’t out long.

In he came with one of those persistent, coolie-hatted Pistachio Orientals that he’d uncovered in our minuscule garden. She looked a little puzzled and cross about being left outside knee-deep in dead leaves rather than indoors, cozily ensconced on top of a TV. Having assured myself, back in December, that we were quite done with this silly game of Revenge and having lived with that false security for four months, I was livid.

“Get back out there! You know they’re like snakes and travel in pairs. There’s another one out there somewhere. FIND her.” He went back out. I stuck my tongue out at Miss Pistachio Oriental and threw her into the attic. Did I mention I was done with this game of Revenge?

Hubby found the other Pistachio Oriental a good two weeks later. He was on another fun-filled-Saturday leaf-raking excursion, and there she was – the other half of the pair. Looking equally peevish that she’d been left outdoors, she’d been ignominiously covered in leaves for who-knows-how-long in a basement window well.

So now, AGAIN, we had to face irksome facts. Someone else we naively called “friend” had also sold out to Little Sister and was clearly now on her team. Honestly! The lengths to which SOME people will go for a little revenge.

You’ll remember from previous posts that I’d already learned foisting ugly lamps onto others was no guarantee those same ugly lamps wouldn’t find their way back to us. I’d also learned that murdering lamps wouldn’t stop this never-ending game of Revenge. There was little to gain by whacking off their poorly modeled oriental heads and tossing them in the bin. Someone else in the family would unearth another equally ugly lamp, and the “game would be afoot” (as Sherlock liked to say) once again.

By now, thank goodness, Hubby’s sisters and their husbands were finally beginning to tire of this game. And so, I think it was at this point, we decided the next generation – our four nieces and one nephew – needed to learn this fascinating, never-ending game of Revenge. And we Baby Boomers, experts that we were, would teach them. Read all about it in Part 6 as THE Lamps saga wraps up. Well, not really. As I’ve said, Revenge is like Monopoly: it goes on and on and on….

Meanwhile, you deserve a pay-attention tip for such patient reading of such crabby reminiscing. How about this more-than-obvious lesson? Hanging around with the guilty means you get treated as guilty, WHETHER YOU ARE OR NOT. Dooooon’t do it, if you can possibly help it.

Hubby’s insistence on keeping the Revenge game in play came back to haunt us both, even though I had stepped out. So, pay attention as I repeat this important lesson: not only do old sins cast long shadows upon the guilty, but those near the guilty can be covered by those same shadows of old sins.

It doesn’t quite seem fair, does it?